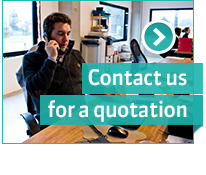 Football Astro Turf has been around in the market since many decades with reference being in early 1960’s. The Football Artificial Grass during those years have evolved since past 50 years in such a fashion  that even FIFA has come up with FIFA Certified Artificial Grass and FIFA Certified Astro Turf programs. Also FIFA has a distinct category called FIFA Preferred Producer, which entails the best of the Football Grass Manufacturers and Best of the Football Turf executions across the world.

Initially, the primitive football Turf was installed with sand to give it stability but there was very little focus on the players interaction with surface and their effect on the health of the sports person. Eventually along the lines rubber granules/ SBR was filled along with sand to give both stability and cushioning. Now a days, the cushion is provided my many eco-friendly products like cork and wood.

Also Futsal, a smaller iteration of football is gaining a lot of momentum, as it is a smaller field with shorter playtime, mainly focusing on fitness, and also on teaching the basics of football. Now a days, futsal astro turf, is the easiest way to provide the best of the sporting facilities to an athlete, which is having least maintenance compared to natural grass.

There have been a nation wide debate in many developed countries like USA , Scotland and many more about the usage of football artificial grass compared to natural grass and with technology having reached such a level that now a days its very easy to compare both football astro turf vs natural grass surface interaction with athlete and injury.

India has also started using a lot, football astro turf and futsal astroturf surfaces, in schools and colleges, academies and institutes and it remains on of the key markets for the coming future, along with neighbouring Asian countries.